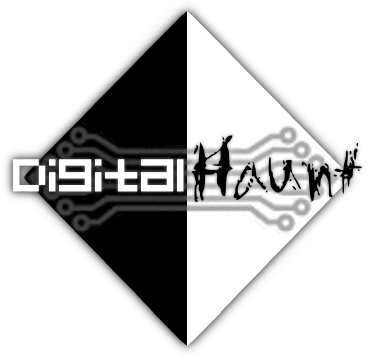 You have now entered the Digital Haunt.

Warning: Reading Digital Haunt may cause lack of sleep, obsession and excessive suspicion of small details. Read on at your own risk.

Digital Haunt is an ARG that was created by Sparks from the band Area 11 back in 2007 with his friend Kush when they were part of the band Ghost Cassette.

In 2013 Sparks created a Soundrop room called Radio Sparkles where he first told the Area 11 fans about his ARG idea which was later found to be called Digital Haunt.

He made it clear that he would carry on developing his ARG but it may well take 10 years till the story is complete depending on the opportunities he was given with Area 11.

Many of the Area 11 fans were interested in the ARG and created a Google Document to record all theories, ideas and any links they could find in related media.

When Sparks saw the large interest he decided to create this wikia and used Cassandras twitter to make it public. Sparks handed over control to the fans who proceeded to move all the information from the Google Document to the wikia.

One of Sparks' few contributions to the Digital Haunt wikia was the paragraph from Cassandra (Pt.II) seen below.

We're not just numbers, we are alive

A digital haunt in an analogue life

I'm hiding from you

Cause we are the same

Sparks maintains an omniscient presense over the Digital Haunt, with a watchful eye over all discoveries made by the fans (only ever editing when the fans screw up lyrics massively)

The main songs to focus on are all of Modern Synthesis, everything from Underline, Cassandra (Pt. II) from All the Lights in the Sky and one unknown song from Ghost Cassette.

The ethos of the Digital Haunt wikia is to be involved with the community as possible, feel free to create an account and contribute your ideas and theories to the relevant pages.

Before contributing however, please take the time to read the rules of the wikia and the guide if you need help getting around.

If you have gotten this far please tell us how you found this wikia via the poll below!

1/11
Community content is available under CC-BY-SA unless otherwise noted.
Advertisement