Start a Wiki
Alex 'Parv' Parvis is the lead guitarist in Area 11.

As he was involved in Sparkles*' life a long time after Digital Haunt was conceived, he cannot have had an important role in the inception of Project S*. However, due to his obvious avoidance of questions about it, he has almost certainly been briefed about it.

He believes that every song is about penguins and each one represents a different facet of the penguin psyche.

Parv and worked for the Yogscast, along with Sparkles*, as a production assistant and content producer. He was later fired after Sparkles* left by a drunk Lewis during a Civ 5 livestream, speculated to be after a long period of deteriorating relations.

"Alex joined the Yogscast team in 2012 as a Production Assistant. His role is to assist other members of the production team in providing high quality content". Quoted from here .

Q. Can I play dota with you?
A. Yes you can. To do so you need to join the Parv chat channel in the dota client, From here one of the mods will add you to the guild [P]. When playing with viewers Parv generally opens the party to the guild. In future we hope to have enough regular people to be able to do full inhouse lobbies to take away from the pressure of playing matchmaking. 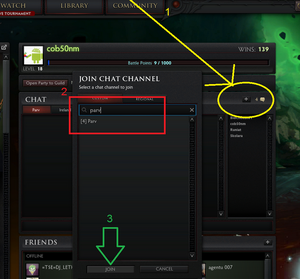 Q. How do I join the chat channel?

Q. Can I add you on steam?
A. Parv would rather you didn’t. The account he uses on stream is his personal one that he uses to socialize with friends and if he added everyone from the stream his account would become unusable. If you want to play DOTA with Parv you can join the guild.

Q. Can I add you in [game that has it’s own friend system separate to steam]?
A. Assume no unless Parv says otherwise. (Will update if there are any that you can)

Q. What do you use to stream?
A. Parv uses the paid version of X-Split to stream
PC : some form of chillblast (not a yogsblast)
sE electronics sE2200a II condenser mic
Audio Technica BPHS1 headset

Q. How do I get these awesome emotes?
A. Subscribe to ParvPlays on twitch for these with more to come.

Q. How did you get involved with the Yogs ?
A. Through Area 11

Q. Where in England are you from originally?
A. Coventry

Q. What did you do before Area 11 and The Yogscast?
A. Parv did a Philosophy degree at university, and played with a metal band called Bloodgaurd

Retrieved from "https://digitalhaunt.fandom.com/wiki/Alex_Parvis?oldid=19784"
Community content is available under CC-BY-SA unless otherwise noted.