The logo was stated by Sparkles* on Soundrop to have been created by someone named 'Lee'. Nothing else is known about this person.

In 2018, a new version of the logo was used, ditching the digital eye. It appears like an "A" split by two lines, likely being the "11" in the name. 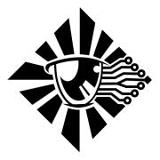 This is what could possibly have been a very early version of the Blackline EP and may just have been used internally, never intended for public release. Despite this, the artwork for it from its Last.FM Page  can still be found. 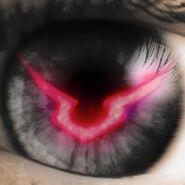 The cover for Blackline is believed to be of Cassandra, however it may also be of Euphemia (the character) from the anime Code Geass. It has been stated by Sparkles* on Soundrop that the artwork was created by an unknown illustrator, who is not otherwise related to Area 11. 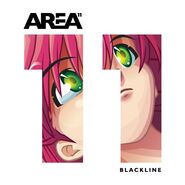 The cover art of the Blackline EP 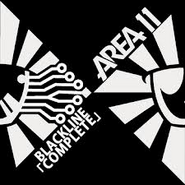 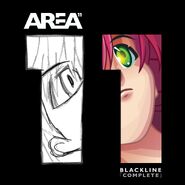 All The Lights In The Sky

The cover for All The Lights in the Sky seems to be inspired from the anime Tengen Toppa Gurren Lagan.

The ATLITS art was created by Adam (a Yogscast editor) however when he admited to creating it S* quickly said it was based from a photo he had found, then quickly changed what he said, saying it was sent from a mysterious email.

It is believed that the figure on the cover is Cassandra.

Another question is whether or not the headphones are plugged into anything, when asked Sparkles* has not given a clear answer. 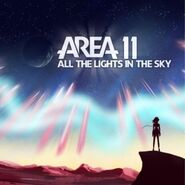 The All The Lights In The Sky album art

What Sparkles* and Adam had to say about the topic

What Sparkles* and Adam had to say about the topic

Comparison between both Album Arts

The art for Shi No Barado was also created by Adam .

The numbers and letters in the bottom corner are 61646d696e/69206d756e6375317573 which is decoded to admin/h0muncu1us.  Homunculus, which refers to a representation of a person, was also originally a track that was supposed to be on ATLITS.

The scratched-out numbers are 6134, the meaning of this is still unclear.

On the back the album has these Japanese characters: 大きな男の子のシングル which means "Single of the big boys". Sparkles* told a lengthy story of the meaning of this on Soundrop.

The artwork also features an archway with 11 stones, the sixth of which is the keystone. Interestingly Shi No Barado is the 6th song on ATLITS. This archway later featured on tour merchandise for the Ni Tour. 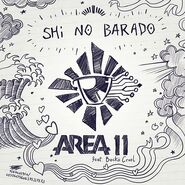 The album art for Shi No Barado.

The cover art for GOFAP. No easter eggs have been found so far.

The cover art was designed and drawn by Dax Gordine who works on the Bravoman set. 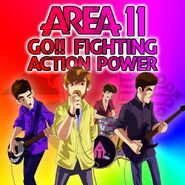 This artwork originates in a 2009 photo from Sparkles*' Deviantart account. The landscape beyond the lake itself looks like a waveform, so it probably inspired the artwork's premise in the first place. The 2009 upload date means that Echodeath cannot have been finalized before 2009. 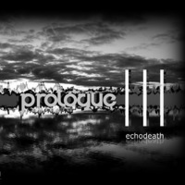 The artwork alongside the Soundcloud post, and used in the bandcamp release.

The artwork for Underline features a red and black background of cloud-like shapes, with a white line running horizontally across. This could be the aftermath of an explosion, or an empty area of outer space. 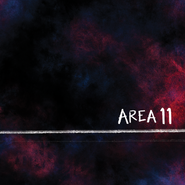 The artwork for Modern Synthesis resembles the chart for the idea of Modern Evolutionary Synthesis, seen here. 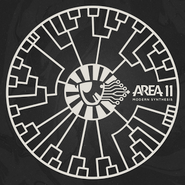 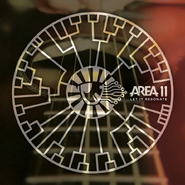 The album art for this single is a woman with a scaly shirt and no pants in a bathtub half filled with water. The picture is blue-tinted, and a blue version of the 2018 version of the Area 11 logo is overlayed. 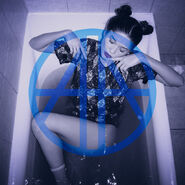 Everybody Gets a Piece

The album for art in this single is made from highlighting snippets of the Lyric Pages. In the background layer, this makes the 2018 version of the Area 11 logo. A foreground made from a different cut is present, highlighting the shape of a woman with twin pigtails. 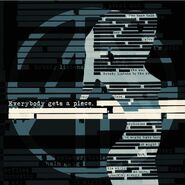 The album for art in this single is what appears as an African woman in a nightgown being suspended above a neon-pink city surrounded by the outline of a cube in neon blue. The camera is approximately at a 45 degree angle to the horizon. A neon blue outline of the 2018 Area 11 logo is present behind the subject. 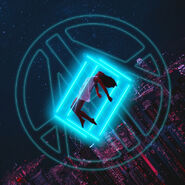 The album art for Cassandra Rising is a bust of a woman in red hair in a bun staring off to the side, presumably Aiko. The background is a Japanese temple with futuristic skyscrapers further in the background, presumably Tokyo. 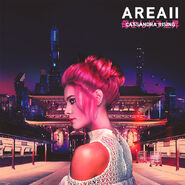 Everybody Gets a Piece Tour

The album art for the live album is a greyscale image of a crowd of people, presumably a shot of one of their concerts. An orange version of the 2018 Area 11 logo is overlayed, with light grey Japanese characters off to the side. 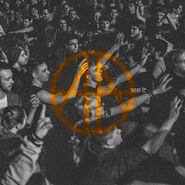 The album art for Tear Up is a dark picture of a pool with a glowing pink neon pool ladder. A pink version of the 2018 Area 11 logo is layered on top of the water. 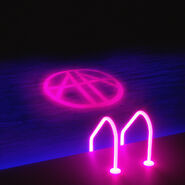 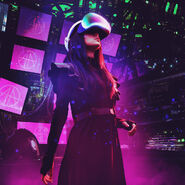 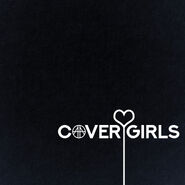 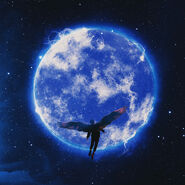 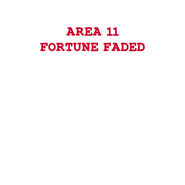 The logo for Desaturate is a stock image that Sparkles* found and then modified with the 2018 logo and single name. It was planned for a commissioned photo but it didn't get created in time for the release of Desaturate. Sparkles* revealed this in a Q&A on the Area 11 discord on the 30th November, 2019. 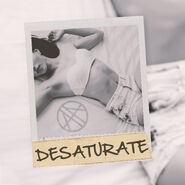 Retrieved from "https://digitalhaunt.fandom.com/wiki/Album_Art?oldid=20053"
Community content is available under CC-BY-SA unless otherwise noted.